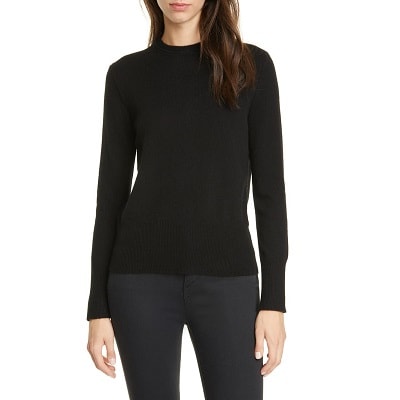 I came to the sad realization this weekend that my go-to black cashmere sweater has seen better days. A black crewneck is a great neutral to have on hand for chilly winter days (hello, Northeast!). I like to have two: a slim-fitting one to wear under suits and a slightly slouchier one to wear with jeans or ankle pants. This looks like it would be a perfect slim-fitting option.

The sweater is $221 (marked down from $295) at Saks and is available in sizes XXS–XL. It also comes in gray. Sanni Cashmere Sweater

Everlane has a more affordable option — it’s $100 and comes in sizes XXS–XXL.