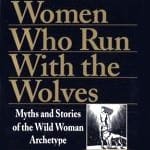 The LA Times has an interview with Hillary Clinton’s former “spiritual” advisor, Jean Houston; she says Hillary failed to embrace her archetype of “classical wise woman or priestess,” which would have quelled fears about the “rising feminine.” Um, yeah. It’s been a while since we were in a discussion about archetypes, but we do see them every day throughout the business world, particularly when women work with men in close proximity. Here’s the five types we’ve observed… and sadly, none can be classified as the “wise woman”: The funny thing is that obviously, none of these are really workable models, but it’s hard to find anyone who isn’t in one of these molds. The most senior people tend to be either “daughters” or “bitches,” and have little respect for any one of the five types, even their own — they tend to prefer to work with men, who don’t seem to suffer from any such archetypes. Can you identify yourself? Have we missed any? Thoughts? Women Who Run With the Wolves: Myths and Stories of the Wild Woman Archetype, by Clarissa Pinkola Estés, Ph.D. (We admit it, we haven’t read it, although it is on our reading list.)