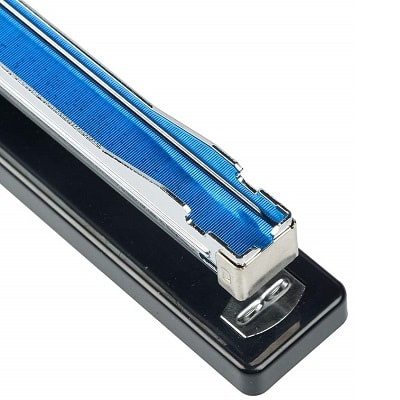 File this under “small things that bring you joy and probably no one else notices” — I’ve been a big fan of cobalt blue staples for a while now, probably going back to the days when I lived around the corner from a JAM Paper Store. I recently had to restock and was delighted to see that the blue staples are available on Amazon — along with a lot of other fun colors, including a really vibrant green, purple, and red. For $11.99, if you have a color that makes you happy, why not? Apparently Swingline also makes some colorful staples; you can find those at Amazon and Office Depot. Pictured: JAM PAPER Standard Size Colorful Staples – Royal Blue – 5000/box