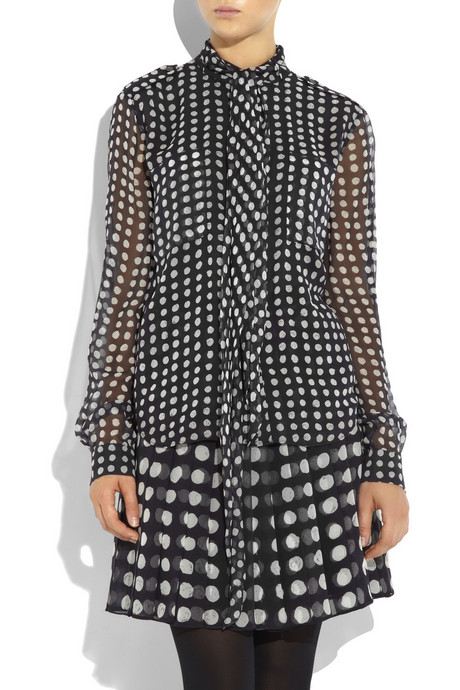 We like this playful navy and white blouse from Jason Wu — under a simple black suit (ooh, or a white suit) it would be fabulous. (Plus, the pockets give you extra coverage if you decide to wear it with nothing below it, as worn on the runway. (Although for work, we’d probably try it with a dark camisole beneath it.)  It’s $595 at Net-a-Porter.com. Dot-pattern silk-chiffon shirt Seen a great piece you’d like to recommend? Please e-mail [email protected] with “TPS” in the subject line. (L-2)

« Weekend Open Thread
The Hunt: Charcoal Trousers »
Back to Top