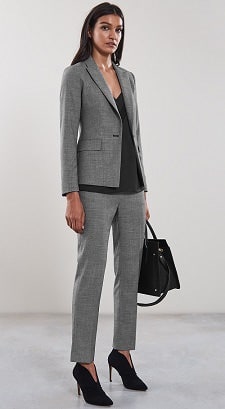 This gorgeous gray pantsuit screams classic polish to me — and I even like it as styled here with the envelope shooties, which can feel like a hard look to pull off. The main thing that caught my eye on Reiss’s website, though: the faaaabulous matching dress, which has sleeves and all sorts of darty goodness (see below). (There is also a matching skirt which, I am sorry to tell you, tries to make up for a too-long midi length by having two huge slits up to mid-thighs.) The jacket (Alber Jacket) is $445, and the pants (Alber Trouser) are $245. 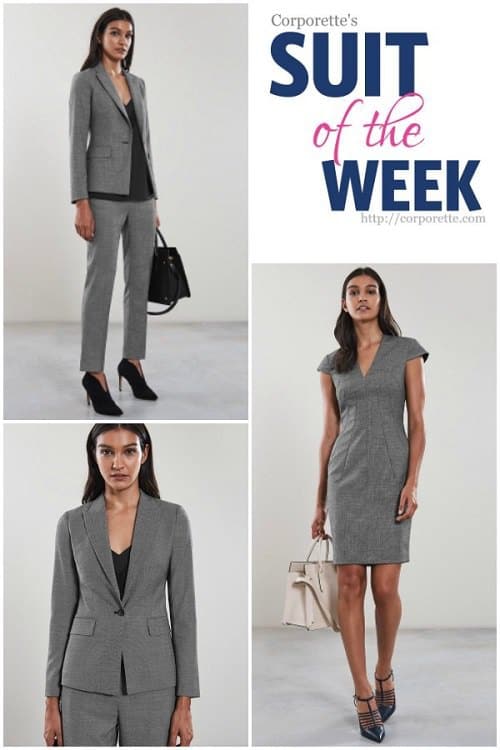 « Tales from the Wallet: Do You Invest in Stocks or Index Funds (or Other)?
Deal Alert: Lucky Sizes but Crazy Deals at Neiman Marcus »

« Tales from the Wallet: Do You Invest in Stocks or Index Funds (or Other)?
Deal Alert: Lucky Sizes but Crazy Deals at Neiman Marcus »