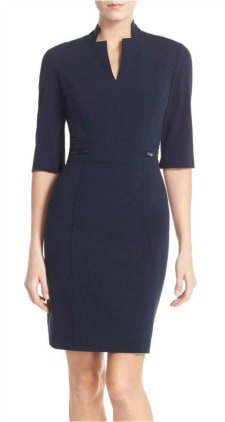 This dress from Tahari has been around for years and has gotten really great reviews at Nordstrom as well as at Amazon, but I don’t think we’ve ever featured it in a morning workwear report. Say what you will about the little details at the waist, but I think it’s a flattering look — and the sort of architectural design at the neckline reminds me of much higher-priced dresses like St. John‘s. It’s $128 at Nordstrom and comes in four colors (blue, green, navy, and black) in sizes 2–16 and petite sizes 8P–14P. Bi-Stretch Sheath Dress

2017 Update: We’ve added this dress to our Workwear Hall of Fame! It comes in several colors and petite sizes, and gets rave reviews. 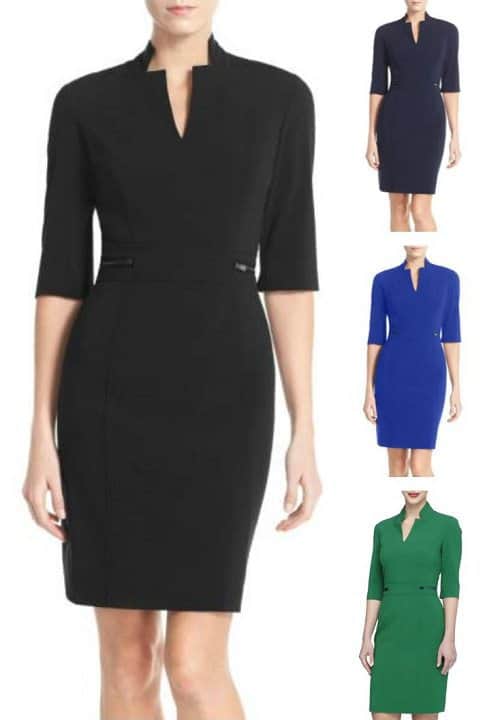