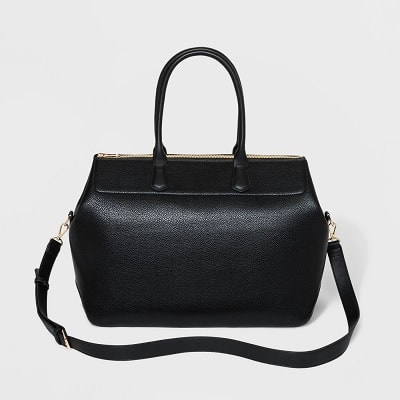 A friend was just extolling the virtues of this affordable bag from Target, noting that it’s big enough for legal-size folders and other stuff, while still being cute enough to elevate work outfits. Like any super affordable bag, it does seem to have some bad reviews in terms of handles ripping and zippers popping off — while other reviewers really love the bag and call it sturdy. If you want to roll the dice and see the bag in person, it’s $45 at Target, available in black and gray. Claxton Weekender Bag – A New Day