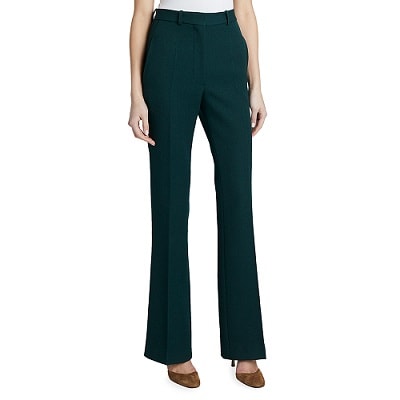 Don’t get me wrong, I love a slim-fitting ankle pant, but I am still really excited to work some high-waisted flares into my wardrobe this fall.

This pine green pair from Victoria Beckham is just stunning. I would wear these with a tucked-in white oxford shirt and a big gold necklace, or a navy blouse and blazer.

The pants are $890 and available in sizes 2–10. High-Rise Flare Trousers

These bootcut pants in “jewel green” from Express are a much more affordable option at $79.90 (and they’re buy one, get one 50% off). They’re available in sizes 00–14 in short, regular, long, and petite.