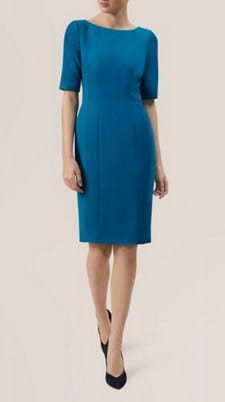 I’m crushing hard on a number of dresses over at Hobbs right now, including this lovely number with flattering darting details, elbow-length sleeves, a work-appropriate hem, and a wide, graceful ballet neck. (I also like the Aria dress, the Josefina dress, the Athena dress, the Jessie dress, and the Elenore dress!) The pictured dress is $290, available in UK sizes 8-18.  Hobbs Megan Dress

Here’s a lower-priced option available in regular and plus sizes.