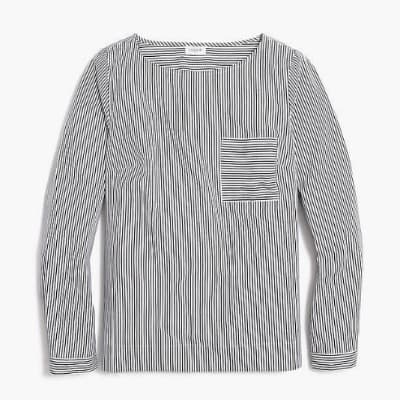 We’ve featured J.Crew Factory popovers before, and this one looks great. It’s available in the pictured stripe as well as chambray in sizes XXS–XXL. The shirt has some fun contrast striping on the pocket, and it has button cuffs and is lined. The sale price is $32.50, which is marked down from a “comparable value” of $54.50. Note that right now you can get an extra 50% off two clearance styles, an extra 60% off 3, and an extra 70% off four or more. Pocket Popover Shirt