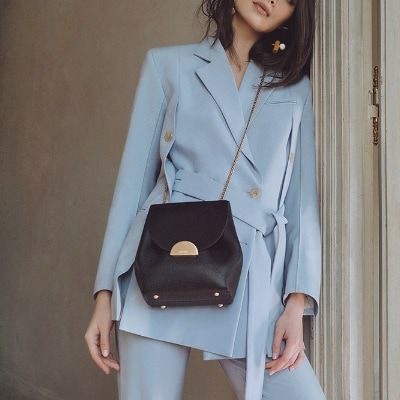 A reader turned me on to Polene bags a while ago, and I’ve been coveting this unusual mini bag, their signature “number one” style — something about the north/south orientation and the curves just strikes me as really fresh and new. I like that the bags are hand-made in Spain, and comes in a zillion colors — the pictured bag is $350, but there are other larger options also. The mini is $350. Polene Bags – Numéro Un Mini