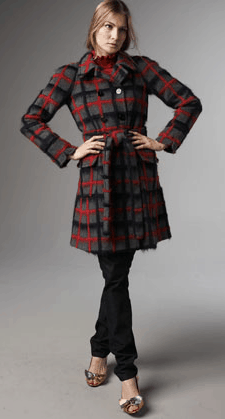 Happy Monday!  Today, we are digging this Marc by Marc Jacobs jacket. The double-buttoned trench is a classic look, but this strikes us as a colorful, fresh take on it.  We particularly love the way the lines of the windowpane are slightly furry (alpaca, we’re guessing).  Gorgeous.  Alas, you probably won’t get much wear out of it until September — but that’s probably also why it’s such a great price:  was $728, now $364 at Bergdorf Goodman (sizes 2-8 only).  Windowpane Long Coat