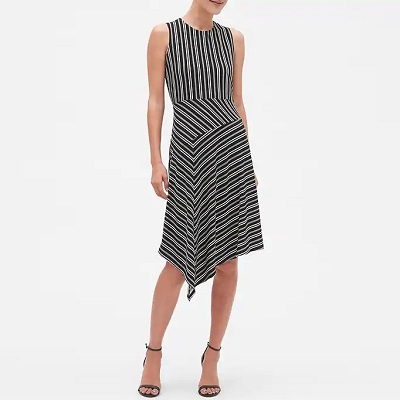 I always like stripes that go in different directions (see this week’s Suit of the Week), and this asymmetrical fit-and-flare dress from Banana Republic Factory would be a fun one for a casual day or a creative office. It just seems like a really interesting dress I haven’t seen before. I also like that it’s machine washable and comes in both a white and black stripe. The dress is available in regular sizes (XXS–XXL) and petite sizes (XXS–L) and is on sale for only $24.99. Stripe Asymmetrical Fit-and-Flare Dress