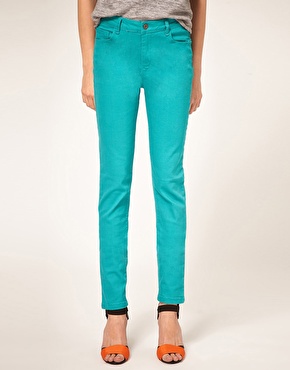 Colored denim is everywhere for spring and summer. Ladies, what are your thoughts? One part of me thinks they’re cute, and another part of me thinks nothing could be less flattering than pastel jeans. Still: if you’re looking, these super skinny stretch denim jeans are marked from $62.67 to $43.87 at ASOS. Vila Jeans Super Skinny