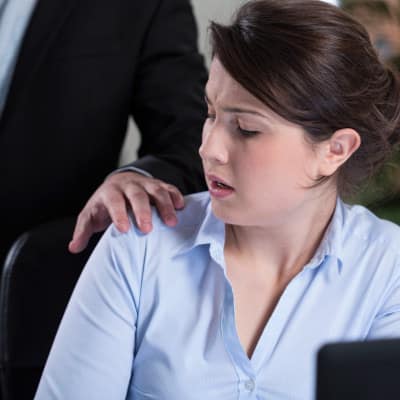 Here’s today’s question: What are your boundaries for appropriate touch in the workplace? How do you deal when your boss, client, or coworkers touches you inappropriately, makes you feel uncomfortable, or generally creeps you out? Where is your personal line to get HR involved versus deal with it yourself by using a witty comeback or avoiding that person or situation again?

I recently heard a young woman speak about how, during her work in her 20s as a lobbyist, she often would get long, grabby hugs from men she was trying to lobby or otherwise work with. After a lot of these hugs, she finally devised a comeback for one of the repeat offenders: “Aww, it must be my lucky day — today I got the kind of hug you give your wife!” He never attempted it again.

Afterward, when I spoke to another woman in the audience about the “uncomfortable but not necessarily sexual” contact that women, particularly young women, often face in the workplace — from both men and women superiors, coworkers, clients, and others — we laughed about weird, uncomfortable touches we’d gotten over the years… The aforementioned grabby hug. The weird shoulder “pet” when someone tries to touch you to emphasize something but their hand lingers and does a kind of petting motion. That clammy handshake where they somehow find a way to massage your hand. I filed it away as an interesting discussion for here on the blog.

I was reminded of it this weekend as I read Neil deGrasse Tyson’s response to the recent sexual abuse allegations against him; some are saying a lot of his behavior might have fit in this category. There’s more to the story, and I don’t know him or the women accusers, but I thought portions of the accusations, even from his own descriptions of them, sounded like they would be great illustrations for this post. From the two less serious allegations, first in 2009:

A colleague at a well attended, after-conference, social gathering came up to me to ask for a photograph. She was wearing a sleeveless dress with a tattooed solar system extending up her arm. … I was reported to have “groped” her by searching “up her dress”, when this was simply a search under the covered part of her shoulder of the sleeveless dress.

And then from a 2018 incident (this was only part of the situation — and again, we’re quoting his defense):

… I never touched her until I shook her hand upon departure. On that occasion, I had offered a special handshake, one I learned from a Native elder on reservation land at the edge of the Grand Canyon. You extend your thumb forward during the handshake to feel the other person’s vital spirit energy — the pulse. I’ve never forgotten that handshake, and I save it in appreciation of people with whom I’ve developed new friendships.

Just to reiterate again: I’m not trying to second-guess Tyson’s account or the women’s accounts — I don’t know him or them, and I hope truth will out, whatever it may be. I just thought that his own tellings of “awkward but not inappropriate” behavior were more illustrative than a clumsy phrase like “grabby hug” or “massagey handshake.” So let’s discuss: What are the boundary lines for appropriate touch in the workplace? How SHOULD you respond when someone crosses a line? At what point do you come up with a witty comeback; at what point do you need to loop in a supervisor or HR? When does it cross the line from “awkward dude needs to be put in his place” to “abuse of power from a superior” or “hostile work environment”? 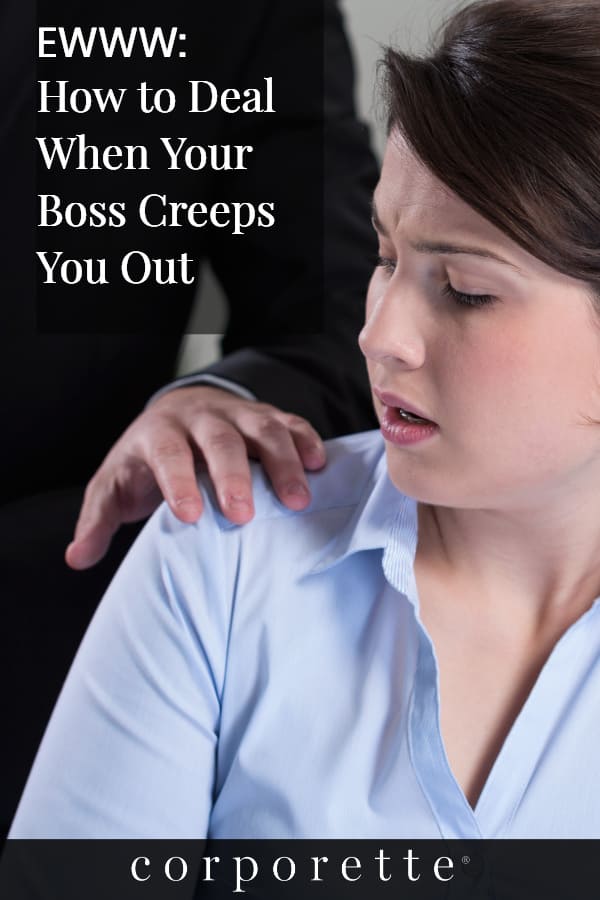