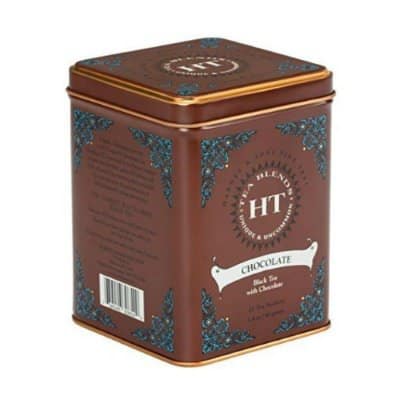 We had a great post last year on the best teas to wake you up, calm you down, and maybe even replace your wine, where readers shared their favorite teas in the comments, and I need to go back and take a look at all the great recommendations. One of my favorites, especially as we head into the winter months, is this Harney & Sons chocolate black tea. It’s $10.99 at Amazon (free shipping) and is currently sold out at the Harney & Sons website, where it’s got tons of great reviews. (I’ve also seen it at Target and Walmart, but they don’t seem to sell it online.) This tea is very chocolatey, and since it’s a black tea, it has a little bit of caffeine — and while I also like chocolate mint tea, this tends to blend better with the splash of caramel-flavor Premier Protein I like to add. (Fun fact: The main protein in milk, casein, doesn’t play nicely with tea, but the protein in Premier Protein does.) Note that these tea bags are fancy enough for having a friend over for tea. Harney Teas