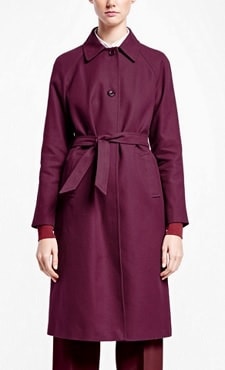 I’ll admit, this coat seems like it might be a bit better for fall rather than spring — but I think you can even wear it now if you want to. Try it with a chambray or other light blue bottom (seriously, if you haven’t tried dark red and light blue together for a work outfit, try it — it’s a powerful pairing!), and I also think this would be great with my spring/summer favorite, light gray pants. The coat is $750 at Brooks Brothers. Brooks Brothers Long Cotton Coat