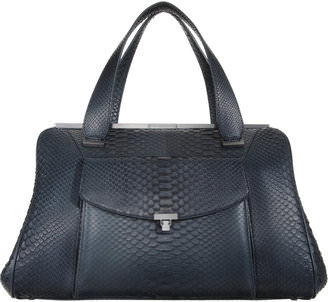 If you’re hunting Big Game — by which I mean expensive, splurge-worthy bags and shoes — now’s the time, as a bunch of places like Barneys, Bergdorf Goodman, Nordstrom, and The Outnet have a bunch of stuff more than 40% off. I love this “Lula” python handbag from Barneys New York — the black snakeskin looks almost otherworldly, but somehow still like a very classic lady’s bag. And yes, the price of $2199 is still a lot — but considering the original price was $5,500, that’s not bad. L’Wren Scott Large Python Lula