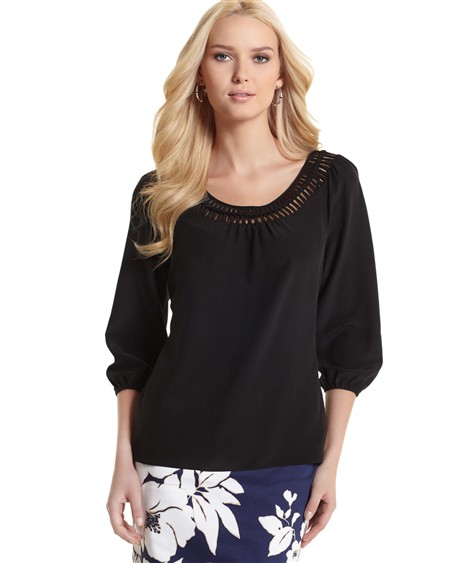 Oooh: cute black blouse from White House|Black Market. I always like latticework on a high scoopneck like this, and the silk looks breezy yet professional. It was $88, but is now marked to $49.99. Silk Lattice Neck Blouse