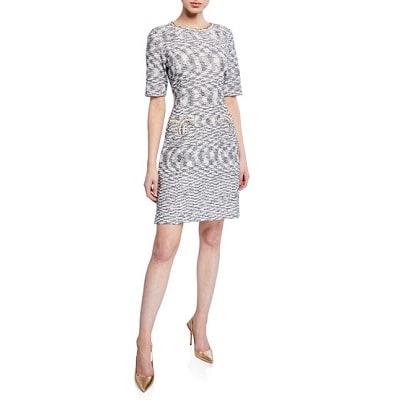 Elbow-length sleeves are my favorite — they provide enough coverage to work without a topper, but you don’t have to deal with the awkward bunching that can happen when you try to shove a longer sleeve into a sweater or jacket. This black-and-white tweed can be dressed up with a black blazer for more formal days or a bright cardigan for a business casual office.

The dress is $318 and available in sizes XS–XL. Half-Sleeve Tweed Sheath Dress

A couple more affordable options are from Brooks Brothers (regular sizes) and Calvin Klein (plus sizes).