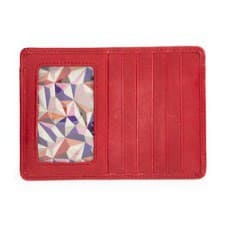 Oooh, pretty: this is a really nice version of a credit card/passport case, similar to one I’ve used for “overflow cards” that I don’t want to keep in my wallet all the time. This kind of sleeve is great because you can toss it into your bag before you go to the mall so that you’ll have all those extra store cards. Because the case keeps the cards separated, you don’t have to worry as much about them demagnetizing/damaging each other, as can happen sometimes if you squeeze three or four cards into a single slot in your wallet. (Not that I haven’t done that also.) I like all four colors this case comes in, but the garnet (pictured) is my favorite. It’s $48 at Nordstrom. Hobo ‘Euro Slide’ Credit Card & Passport Case