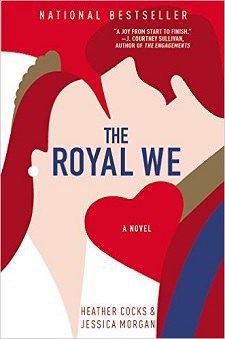 Happy holidays, ladies! As always, we’ll be on a reduced schedule for the next week or so, with some year-end roundup posts for you to use as new open threads, as well as some deal alerts (stay tuned — I’m excited for the sales this year!).  May everyone have a lovely and calm next few days!  It’s a bit of a stretch to think I’ll have time to read this holiday season, but on the OFF CHANCE I do, I thought I’d kick off this holiday open thread with a request for brain candy books.  The last one that I read (and thoroughly enjoyed!) was The Royal We, authored by the ladies behind the blog Go Fug Yourself — it uses the royal romance between Kate/Wills as a jumping off point, but then makes it up from there. It’s well done and a fun, quick read, very much in the vein of a Sophie Kinsella book or the like.  Ladies, what else are you reading this holiday season? Is anyone having a fun staycation, or are you traveling this season?