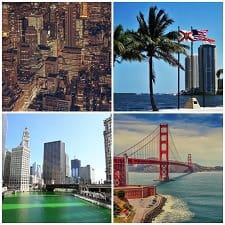 How does work attire differ from city to city? Are there any guidelines women can use when trying to dress for work in different cities like NYC, Chicago, Miami, or San Francisco? I’ve gotten a few reader questions lately about dressing for different climates and different regions of the country, so let’s discuss.  After all — if you’re a woman dressing for work in Silicon Valley, it’s going to be a bit different than New York, versus Miami, versus a more Southern city — and if you’re a new transplant to a city it can take a bit of getting used to. We’ll try to give our best advice on how to dress for work in different parts of the country, but readers, I’d love to hear your thoughts! So let’s talk about regional style differences — how DO you look great for work in different parts of the country? How does work attire differ from one city to the next? Does “conservative office attire” look the same from city to city (seasonless wool suit, blouse, classic pumps) or are there variations? What are the biggest differences you’ve noticed in regional style?

Here’s some of my best advice for how to dress for work in different cities:

Get used to what the temperature feels like in your city before you build your work wardrobe.

Notice which colors people wear often when they dress for work.

New York is much more about muted neutrals — many people have an entire wardrobe in black, gray, white, and navy, perhaps with the odd pop of color here or there.  Meanwhile, readers have noted in the past that pastels are much bigger in the South. (For some reason, I think of Miami as being white, beige, and pastels.) Wear what you feel comfortable in, but if you’re striving to fit in, you may want to add a new pant, skirt, or blazer in a different base color to better blend with your colleagues.

Know the general propriety level in your city, but especially in your office so if you break it when getting dressed for work, you do so intentionally instead of accidentally.

A girlfriend of mine is a partner in a Miami law firm, and she wears sheer blouses to work beneath her suit jackets. In New York a sheer blouse with a camisole would be fine — but in a Midwestern city you’d probably want to err on the side of “no sheer blouses.” The point here is not that there is a “right” or “wrong” answer — and hey, someone has to be the first person to do it at the office before it becomes acceptable — but just that if you’re new, you want to at least study your office a little before you start wearing whatever the heck you want to.  Other particular things to take note of in your office (that may vary widely even within the same city):

Ladies, what do you think — how does work fashion differ from city to city? What are your best tips for how to dress for work in different cities? To answer, please be sure to include general city or regional information, a general description of your office (very conservative, business casual, etc) and give us general style notes about your city. 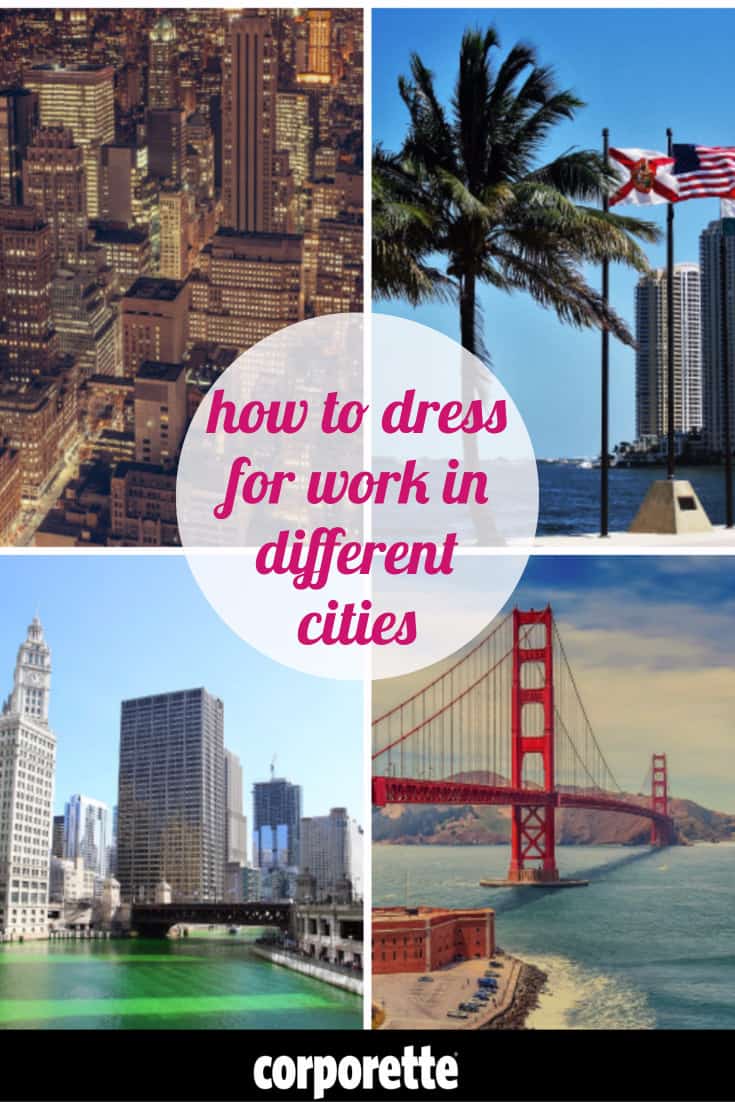