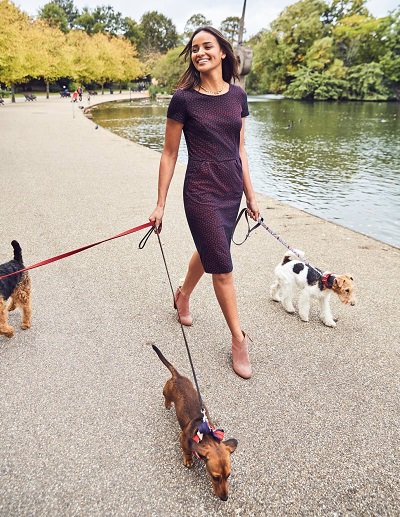 This dress strikes me as a thinner material than everyone’s beloved Lands’ End ponte dresses — but I like that this one has sleeves and pockets, comes in a ton of fun prints (as well as basic black and navy), and, of course, is machine washable. (It actually reminds me of a Merona dress from a thousand years ago that I bought because readers raved about it, and it was surprisingly flattering on me.) This purplish dress is called “navy spotty buttercup” and comes in petite, regular, and long sizes 2-18; it’s $90 at Boden. Phoebe Jersey Dress

Looking for something similar in plus sizes? This flouncy dress has a similar pattern.