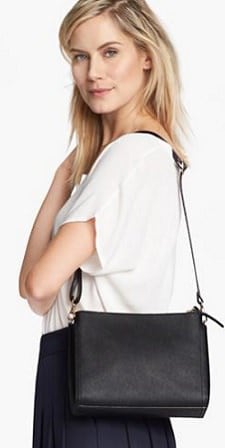 The Lo & Sons crossbody has, of course, been around for several years now — but I must say I’ve been reluctant on it, in part because it reminded me of something I carried in my teen years. But I’m warming up! I always trust the team at Lo & Sons to put together a lovely, intelligent product (full disclosure: I’ve worked with them in the past, but this post is not sponsored) and the Saffiano leather looks a bit above the other options in this price point. Plus they have three new colors, including blue, silver and graphite. The Pearl is $248.   Pearl Crossbody