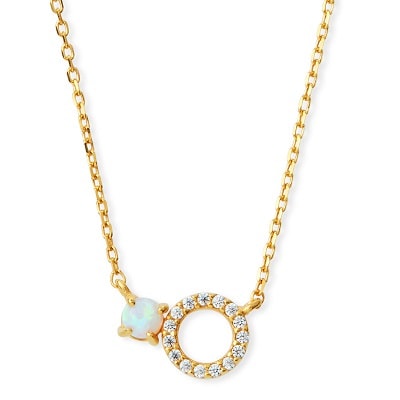 I’m happy to see jewelry brand Tai at Neiman Marcus (and part of the big sale today!) — I bought a Tai necklace a few years ago via Shopbop and proceeded to wear it all the time that summer, but the brand disappeared from Shopbop before I could recommend it here. So: if you’re looking for something teensy and delicate, but interesting and well made, check out the Tai selection right now. Pictured, this pretty circle pendant with opal looks lovely, and it’s on a great sale — it was $70, then marked to $49, but with the extra 25% off as part of the sale it comes down to $36.75. Nice.  Mini Opal Circle Pendant Necklace