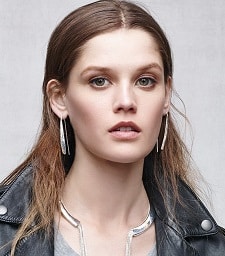 I’m not always a fan of drop/dangly earrings for the office, but if you want to do it, this is my preferred type for work: stationary. The earrings aren’t going to move much as you talk and distract from what you’re saying, they aren’t going to jangle as you walk down the hallway, and ultimately they’re pretty sedate. I like. I like the price even more: They’re $19 at the Nordstrom Anniversary Sale, available in three different colors. Nordstrom Teardrop Earrings