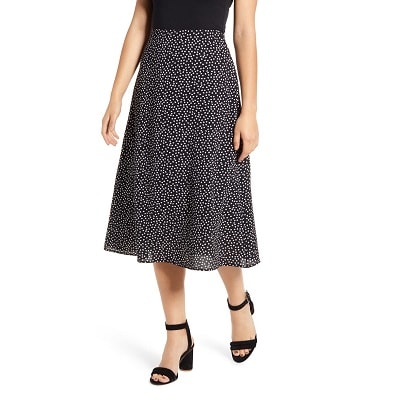 I’ve been waking up to single-degree temperatures over the past few days, so I’m looking forward to warm days and swingy midi skirts with sandals. For now, I’d wear this black-and-white dotted skirt with a black turtleneck and ankle boots (and probably nude-for-me pantyhose for some extra warmth). This skirt also comes in a leopard print, in case you missed your chance to hop on the leopard midi train last summer.