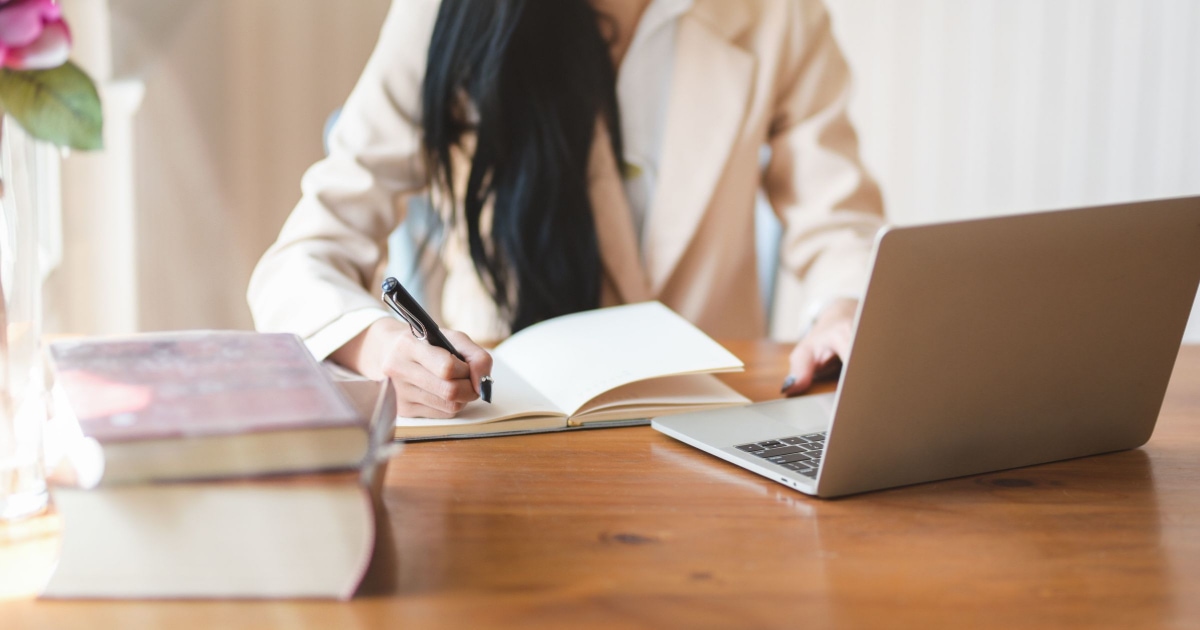 Have you taken any personality tests, either out of curiosity or because your job required it? Did you get anything worthwhile out of it, or learn anything new about yourself? Which do you think are the best personality tests for working women? At my last nonprofit employer, we all took the DiSC assessment and then sat through an extensive training session about applying the principles at work. The training session was interesting and the tips seemed useful, and my seemingly accurate assessment results gave me some insight into my personality. Still, five years later I can barely remember what we learned — or my personality type. So, in the long run, I don’t think it was that helpful for me. (I do remember the facilitator said my results suggested good customer service skills, but then I already knew that.) 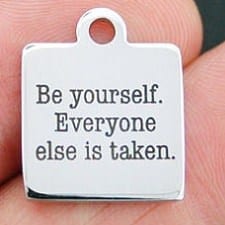 Pictured: this lovely little keychain is $1.95 at Etsy, available from seller Bohemian Findings.

Today we thought we’d ask the readers about personality tests — your experiences with them and your opinions about how useful they are. (I’m thinking that some of you must have more intriguing stories than mine.) First off, though, let’s review some of the most common personality tests:

If you’ve only heard of one personality test, it’s most likely this one, first published in 1944. (Its supporters say it’s technically not a “personality test,” but we’re calling it that anyway.) Myers-Briggs is so ubiquitous that I’ve seen people indicate on their LinkedIn or Twitter profiles that they’re, say, IFNP. The MBTI was created by Katharine Cook Briggs and her daughter Isabel Briggs Myers, who looked to Carl Jung’s theory that humans experience their lives through four main psychological functions: sensation, intuition, feeling, and thinking (and that one usually dominates). (Interesting women’s history tidbit: Briggs and Myers began working on the MBTI during WWII with an aim to help women figure out which industrial wartime jobs would suit them best.) The test assesses Extraversion (E) vs. Introversion (I), Sensing (S) vs. Intuition (N), Thinking (T) vs. Feeling (F), and Judging (J) vs. Perceiving (P), which combine to make 16 possible personality types. Despite the test and types being frequently criticized over the years, the MBTI is still very popular, as Forbes described in this 2014 piece.

This test originated in the 2001 bestselling management book Now, Discover Your Strengths by Marcus Buckingham and Donald O. Clifton. It was updated to the StrengthsFinder 2.0 in 2007. (You can take the test online with an access code from the book.) The StrengthsFinder aims to reveal a person’s “talent themes” that influence her skill development and success in certain fields. The Gallup Organization came up with the 34 talent themes — which include communication, empathy, harmony, and self-assurance, just to name a few — and the online test is supposed to reveal an individual’s top five. The WSJ reports that Facebook (the company, that is, not the app) uses the StrengthsFinder test. Like the MBTI, the StrengthsFinder has received some criticism.

This behavior assessment tool, also popular in the business world, uses the DISC theory of psychologist William Moulton Marston, who saw people as having four core behavioral traits (now called Dominance, Influence, Steadiness, and Consciences). And as Wikipedia describes it, psychologist Walter Vernon Clarke “accidentally construct[ed]” the DISC assessment in 1956 using Marston’s theory. It was meant to identify these patterns in its subjects: Achiever, Agent, Appraiser, Counselor, Creative, Developer, Inspirational, Investigator, Objective Thinker, Perfectionist, Persuader, Practitioner, Promoter, Result-oriented, and Specialist, although today you can find a variety of versions of the test. DiSC with a lowercase “i” is this one, the test I mentioned that I took, and it measures four things: Dominance, Influence, Steadiness, and Conscientiousness.

Sally Hogshead — author, speaker, and “world-class branding expert” — developed this personality test and wrote the book Fascinate: Your 7 Triggers to Persuasion and Captivation. Her pitch for the test, which is meant to measure what makes a particular person “fascinating,” states, “this assessment is not about how you see the world — it’s how the world sees you.” The 28 questions take five minutes and determine a person’s primary Fascination Advantage (“who you are when you are at your best”: Innovation, Passion, Power, Prestige, Trust, Mystique, or Alert) and personality Archetype (of which there are 49). The online test is free, but you can pay to get more insight about your interactions with others. Marie Forleo once talked to Sally Hogshead on MarieTV, which you can listen to here.

Readers: Which personality tests have you taken — any of these, or any others not listed here? Was it your choice to take them, or was it a job (or job-interview) requirement? Which ones have provided valuable insight for how you view the world? Have they caused you to reevaluate the way you see yourself, or the way you interact with others?