Wow — in what was one of our most unpopular polls ever, we asked last week whether people nap at the office and whether they have a system to it. The poll is still open, but the initial results were split pretty much in thirds:

– 32% said that yes, you had napped at the office more than once

As various articles report, napping for just 20 minutes can increase your productivity by clearing your mind’s clutter, as well as improving memory, stamina, and motor skills. One article even weighs the different benefits of naps lasting anywhere from 2 seconds to 90 minutes. Some companies are even installing “sleep pods” to help their workers recharge: 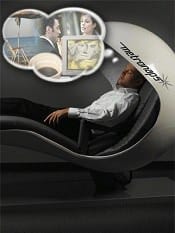 Some articles to consider, if you’re not currently napping:

Photo credit:  Cat nap, originally uploaded to Flickr by Mr. Miyagi. Note that there’s actually a difference between a cat nap (which one does on a lazy Sunday) and a power nap (which one might do at your office).