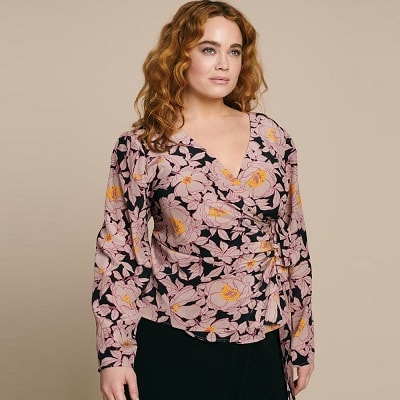 A commenter mentioned the other day that wrap tops were her go-to for Zoom dates, and this one looks like it would be perfect. I would add a small pendant necklace and some dangly earrings for a little pizzazz. For a work look, I would probably add a black cami underneath for some additional coverage and wear this untucked over a black pencil skirt or a pair of slim pants.