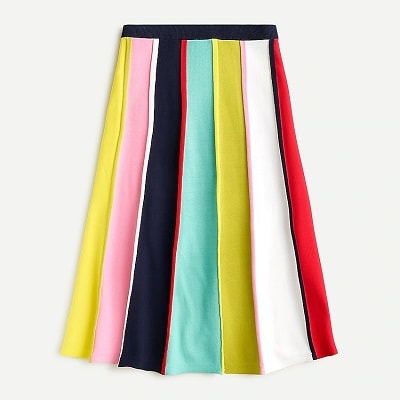 When I see this skirt, I feel the overwhelming urge to twirl in circles. To make it a little more work-y and a little less twirl-y, I would wear this with a coordinating navy sweater (currently on sale for $45) or a navy blazer and some very simple jewelry. For the weekend, I would probably do a basic white tank and some flat sandals.

The skirt is on sale for $51 at J.Crew (marked down from $128) and available in sizes XXS–XXL. Rainbow-Stripe Sweater Midi Skirt