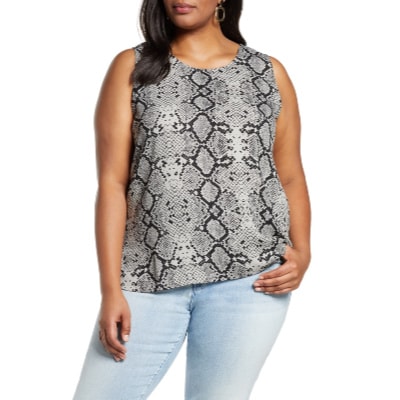 I think this snakeskin print is a fun way to do neutrals. This sleeveless crepe blouse is a great basic for layering under sweaters and blazers. I would wear this black, gray, and white snakeskin with a black blazer and a bright pencil skirt or under a black or gray skirt suit. It’s machine-washable, but I’d keep it out of the dryer.

The top is $39 and available in sizes 1X through 3X. It also comes in six other colorways. A straight-size version is also available. Scoop Neck Woven Shell