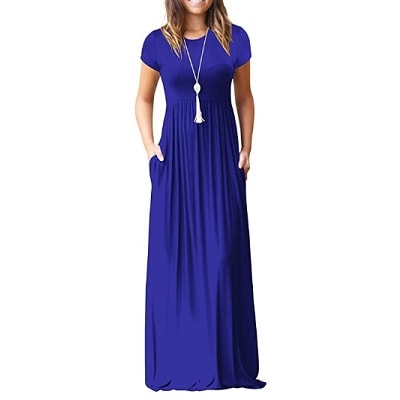 This dress has become a real hit in my group of friends this summer. It’s inexpensive, it’s incredibly comfortable, and comes in a wide range of colors and sizes. It has been adopted as a summer WFH uniform among a wide range of body types, including a friend who is currently 35 weeks pregnant. If an extremely pregnant lady endorses it in the 90-degree heat, I don’t know if there’s anything better that I can say.

The dress is $29.99 at Amazon and comes in a wide range of colors and prints in sizes XS–XXL. A long-sleeve version is also available. Short-Sleeve Maxi Dress