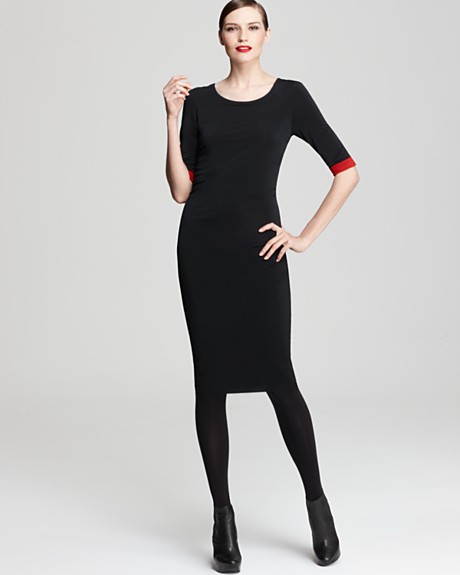 Happy Monday! I’m digging this simple black dress from Donna Karan New York. As always, I’m particularly fond of the details — the red and white contrast trim at the cuffs and hem. The bones of the dress look great too, especially considering that elbow-length sleeves are hard to find. The dress is $1,295 at Bloomingdale’s. Donna Karan New York Contrast Lined Dress Seen a great piece you’d like to recommend? Please e-mail [email protected] (L-2)

« Weekend Open Thread
Tips on Battling Burnout »
Back to Top