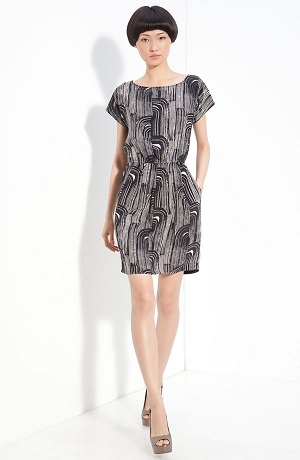 I primarily know Kelly Wearstler as a slightly daffy interior designer from some reality design show that I no longer remember — but I’m really loving her new collection of clothes. This relaxed silk dress (which I’m assuming is longer on those of us who are not models) looks like it would be a great dress for the summer, or perhaps even for layering during the winter. Love that print. It’s $385 at Nordstrom. Kelly Wearstler ‘Sao’ Printed Silk Dress Seen a great piece you’d like to recommend? Please e-mail [email protected] (L-2)

« Weekend Open Thread #2
Open Thread: What Are Your Best Self-Defense Tips? »
Back to Top