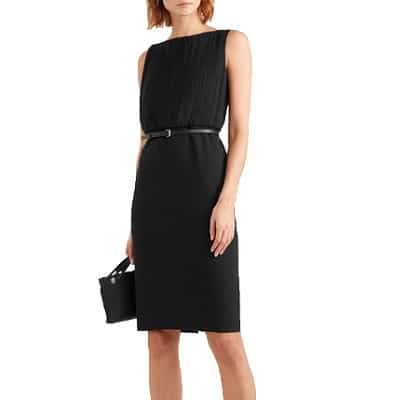 Happy Monday! I’ve said it before, I’ll say it again: I’m stocking up on Max Mara if I ever win the lottery. This simple, classic dress — “made from sculpting cady and paneled at the front with plissé-chiffon for a touch of texture” — strikes me as the perfect little black dress for work, dinner, and beyond. I love the pleats at the front; they’re such an elegant touch. The dress is $845 at Net-a-Porter.  Max Mara Little Black Dress

« Lounging Hall of Fame: Under Armour Pajamas
How Are You Planning For Your Career-Related Resolutions? »

« Lounging Hall of Fame: Under Armour Pajamas
How Are You Planning For Your Career-Related Resolutions? »
Back to Top