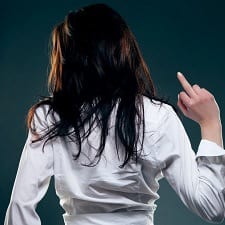 Here’s a fun question for today: are you for or against swearing at work? Do you think less of colleagues and bosses who do it — or does context matter (e.g., you’re only against it if someone is swearing out of anger or swearing around little kids (or older colleagues)?) Or does your vocabulary rival a sailor’s? Do you consider it a measure of closeness, of “being in the club”? (Does anyone do it to prove their mettle — I’m thinking of the characters from the video for parody video Bitch in Business.) What about crass sayings that aren’t quite swearing, such as “oh, he’s just swinging his dick around” — yea or nay? (Haha: any favorite phrases to share?)

I can’t find the post now, but I know we’ve talked about this as a facet of gender relations in the office — in the past, I’d gotten the sense that male lawyers I worked with were deliberately toning their language down when I was around — whether it was because I was junior, a woman, or if there was something about me personally I can’t say. My solution was often to be the first to casually swear in front of them — but looking back maybe I made too much out of it.

In general, I like to joke that I was a sailor in a previous life, because my language — with good friends, at least — tends to be on the saltier side when kids aren’t around. That said, I’ve always felt that in writing (such as this blog) that swearing is the “lazy” way — there’s almost always a better word or metaphor that can be used if you take half a second to think about it. I tend to take that approach in most interactions with adults who I don’t know well, especially since I’ve toned my language down enough around my kids to reflexively say “sugar/fudge/darn it” rather than their other versions. (Interesting side question: is saying “sugar/fudge/darn it” at work equally off limits — the equivalent of bringing in homemade cupcakes to the office or some other office mom behavior?) In terms of swearing out of anger, I think there’s a difference between screaming at the universe (“fuuuuuck!”) or using it as an adjective (you’ve got to be f-ing joking) versus screaming it at a person (e.g., you f-ing asshole / get me the f-ing book) — and I think even the screamers I worked with would recognize that difference. 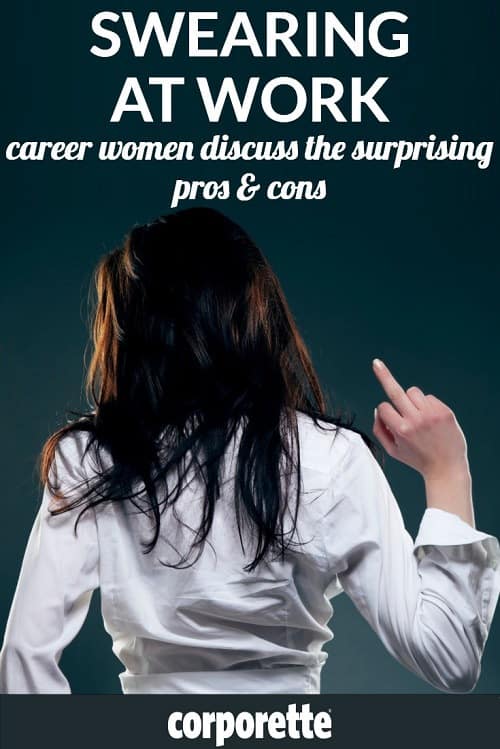