2017 Update: We still stand by the advice below, but you can also check out our most recent post on tailoring alterations for women!

“Tailoring can really make or break an outfit.” We’ve heard it a million times! On blogs like Extra Petite and Alterations Needed, the bloggers talk — a lot — about what alterations they get done to make things fit. (Jean from ExtraPetite even guest posted on which suiting alterations you should consider.)  I always think every body is different — but that said, there is a lot to be learned from which are the most COMMON alterations. So I thought we’d have a poll: which are the top 5 alterations that you get the most often? Do you think tailoring makes a big impact in your wardrobe? For those of you who’ve lost or gained weight, have you had success with altering older clothes to fit your new body? (If relevant, please consider disclosing your height, body type, and maybe even your weight in the comments.) (You can answer up to 5 times in the poll.)  (If I haven’t listed something that you get done frequently, let me know and I’ll try to add it to the poll.) (Pictured: Expert Tailoring Alterations, originally uploaded to Flickr by Jeremy Brooks.) 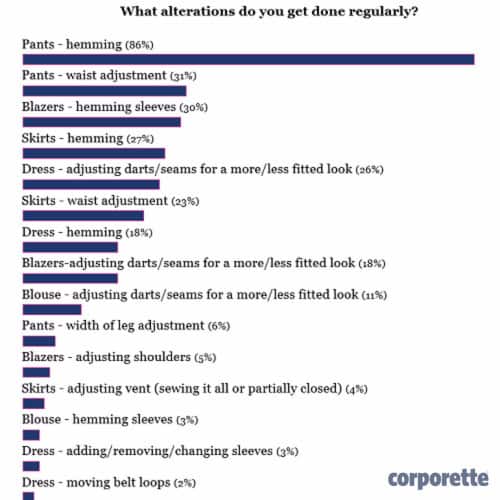