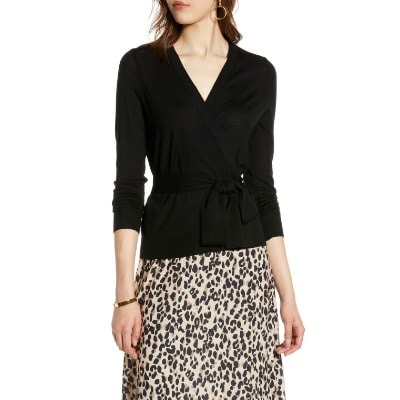 This tie-waist cardigan has an off-duty-ballerina vibe that I like. I would wear it over a sheath dress or even with a pencil skirt, as they’ve styled it in the photo. It comes in a range of colors, and while the New Yorker in me will always gravitate towards the black, I really like the sunny “yellow mineral” color. It’s $69 at Nordstrom, available in six colors and regular sizes XXS–XXL, plus 1X–3X, and petite XS–XL. Tie-Waist Cardigan

« Suit of the Week: Rebecca Taylor
The Best Interview Attire for Different Types of Jobs »

« Suit of the Week: Rebecca Taylor
The Best Interview Attire for Different Types of Jobs »
Back to Top