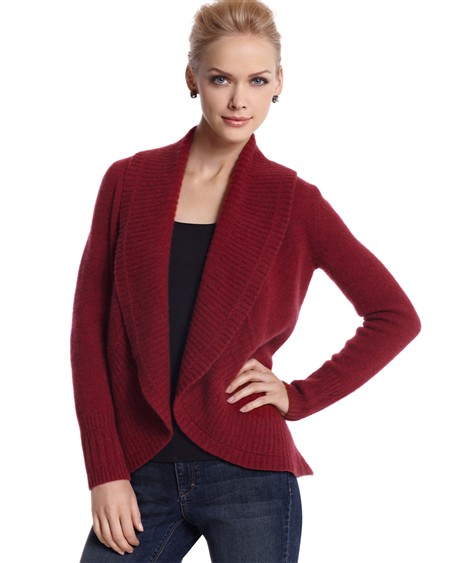 A good red cashmere sweater will take you a lot of places — to the office (with trousers), to a dinner party (with jeans). Truth be told, this is always the kind of thing I wore on a first date — casually sexy and soft to the touch. It was $248, but is now marked to $148.80 at White House | Black Market. Cashmere Coverup Seen a great piece you’d like to recommend? Please e-mail [email protected] (L-2)

« Coffee Break: A Monthly Box of Healthy Snacks
Previously, on Corporette… »
Back to Top