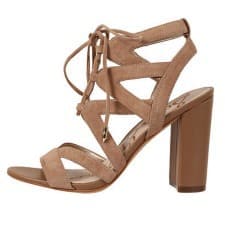 Something on your mind? Chat about it here. Happy weekend, ladies! Maybe it’s the knee surgery in me talking, but I can’t wait to wear fun sandals like this again — in fact, all of the boho summer stuff is really speaking to me this summer. I’d wear the pictured sandals with a swingy dress, or even one of the split maxi dresses that are hot right now (this one is fun and comes in a zillion colors, or this one is only $32 and looks like a great basic). The sandals are $120 and have 5 stars at Zappos. Sam Edelman Yardley (L-4)