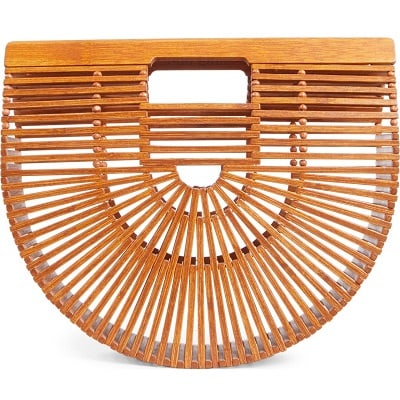 I’m late to the Cult Gaia lovefest, but their bags keep gaining and gaining in popularity. Personally I like the rosewood version of the Ark (pictured here) — which also, conveniently, is one of the more affordable options, at $118. It’s such an interesting, architectural bag that it feels like the perfect thing for pretty much any casual weekend outfit… and hey, how much more than your keys, phone, lipgloss, and sunglasses are you carrying anyway? It’s $118 at Nordstrom, which sadly does not have any of the colorful acrylic versions, but you can still get those at spots like Shopbop and Revolve. Small Ark Bamboo Handbag