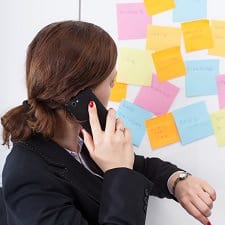 It sometimes feels like half of the people I know have a diagnosis of ADHD, and I think managing ADHD in the workplace can take some finesse — so I asked my friend A to write a guest post for us. Thank you and welcome, A! – Kat

Managing ADHD in the workplace (which encompasses ADD, an older term) can be very difficult, but what makes things even worse for women (and girls) is that they are underdiagnosed. Misdiagnosing women is common, too — for example, they’re often told that their problems are caused by anxiety or depression.

I was diagnosed with ADHD in early 2016, not long after my son’s diagnosis. I had done well in school, but academic success doesn’t necessarily mean that a girl doesn’t have ADHD. If a woman with ADHD manages to graduate from college without finding out she has the condition, getting a promotion at work can be the trigger for an eventual diagnosis, as can becoming a mom. The new pressures and responsibilities that come with these situations may be beyond what her previously-successful coping skills can handle, and she may feel that she has to seek help. A change like this can bring her from barely keeping her head above water to feeling like she’s drowning. When a child receives a diagnosis of ADHD (which frequently runs in families), it also can lead to a mom with undiagnosed ADHD to wonder if she has it too.

In my first job — after the initial “honeymoon period” — I found myself spending hours procrastinating in my cubicle, unable to force myself to work. This wasn’t a simple case of “Ugh, I don’t want to do this project — it’s boring,” but an incredibly frustrating (and shameful) feeling that my own brain was working against me and I just could not make it do what I wanted. Luckily, my boss (who wasn’t the most organized person) was happy with the work I did do, which allowed me to fly under the radar while lamenting how much more I could accomplish if I could just do my f—ing job.

Years later, that sort of predicament was just one factor in a long list of things that made me suspect I had ADHD: an inability to prioritize (which sometimes prevented me from accomplishing anything), serious difficulty focusing, avoidance of tasks that required concentration or that seemed overwhelming, frequent distraction (for example, I hit two parked cars within two years … not so great for my insurance rates, ouch), certain impulsive behaviors, hyperfocus, a feeling of being scatterbrained/”ditzy,” difficulty organizing my thoughts to express myself clearly (things made sense in my brain but didn’t come out of my mouth that way), looking all over the place when talking to someone (to avoid being distracted, probably), self-medicating with binge eating, and more.

Initially, I was prescribed a stimulant (Vyvanse), which helped. Now I take Wellbutrin, which is a non-SSRI antidepressant often used to treat ADHD. Being self-employed has helped me, too, as does my smartphone — in fact, I once had so many reminder alarms set up that Siri told me I couldn’t add any more. What has also been useful is learning more about ADHD — and I’ve listed some online resources below.

If you have ADHD, how and when were you diagnosed? Did you have trouble in school? Did you suspect you had ADHD beforehand? Were you ever misdiagnosed? Do you take a stimulant or other medication for managing ADHD? What kind of difficulties have you had in your personal life and at work because of ADHD? What advice would you give other readers who have ADHD or think they might — particularly when it comes to managing ADHD in the workplace? 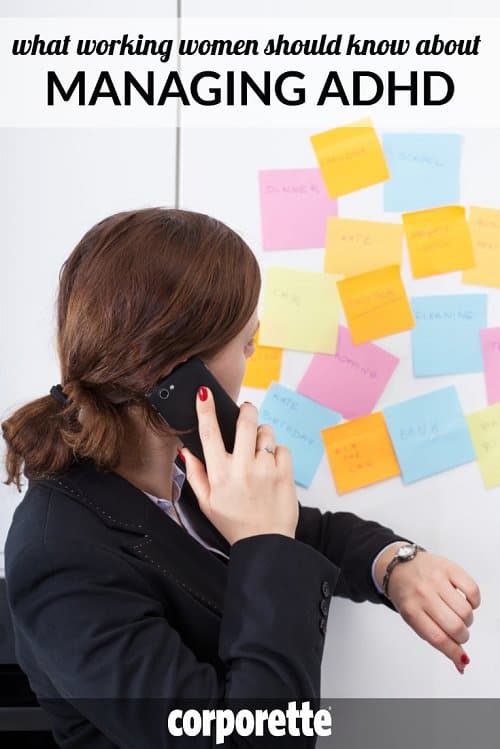