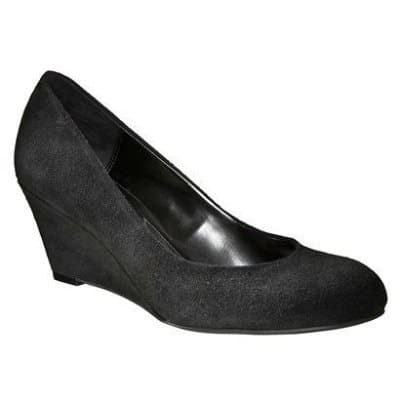 Merona wedges have been a reader favorite for a long time — and I love the look of this red suede Milena wedge. Nice toe box, nice height, nice vamp — and all for $29.99 (save 20% when you spend $75) at Target. (The gray and black also look great!)

« The Schism: How to Keep Your Work Life Separate From Your Personal Life
Tuesday’s TPS Report: Index Dress »

« The Schism: How to Keep Your Work Life Separate From Your Personal Life
Tuesday’s TPS Report: Index Dress »
Back to Top