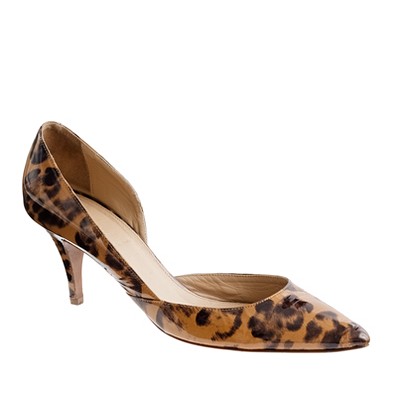 I like these d’Orsay pumps from J.Crew in a “light walnut black.”  The mid-heel height, combined with the very wearable pattern, make me think these would get a ton of mileage at the office.  They’re priced at $129 right now (were $248), but the FabFeb sale (still going through Wednesday!) gets you 20% off with purchases of $150+ — so I’d throw a t-shirt into my order as well and basically get the shirt for free.  Valentina printed patent pumps

« All Dressed Up and No Place to Go: Non-Essential Shopping
Wednesday’s TPS Report: Collarless Crop Blazer »

« All Dressed Up and No Place to Go: Non-Essential Shopping
Wednesday’s TPS Report: Collarless Crop Blazer »
Back to Top