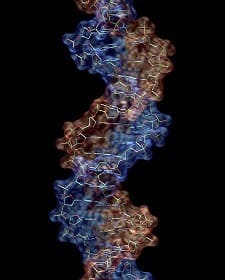 I’ve mentioned 23 and Me as a gift idea before, but they’ve been in the news recently since the FDA is now allowing them to include health information in their reports. (They originally included health information, and then the FDA made them stop for a while and only allowed the ancestry portion of their results.) My family and I took the tests several years ago (you spit in a vial and mail it in), and some of the health information we got from it has been life changing.  For example, in 2013, as I headed into my second pregnancy it was really helpful to know that blood clots might be an even bigger issue than they normally are for pregnancy because, according to the test, I carry the Factor V Leiden gene.  My OB/GYNs sent me to a hematologist who confirmed the finding, and gave me a lot of good information on blood clots, including what to watch for.  Also as a result, my docs prescribed postpartum shots to prevent blood clots (daily for 60 days — yaaay), since the risk is at an all time high then.  I’ve heard from other friends who confirmed a MTHFR deficiency via the test, and still others who found other issues to raise with their doctors. (Unfortunately I can’t find info on whether they still offer genetic info on Parkinson’s, BRCA genes, and more — note that for all of the more sensitive issues like that it’s entirely your choice whether to learn about that aspect of your DNA results — my memory is that I had to click through five different levels to see those test results.) A single test is now $199, but you can get an extra 10% off for each additional kit, making it a great gift idea for your entire family.  23 and Me

« What to Wear to a Holiday Office Party
Wednesday’s TPS Report: Sasha Shirt »

« What to Wear to a Holiday Office Party
Wednesday’s TPS Report: Sasha Shirt »
Back to Top