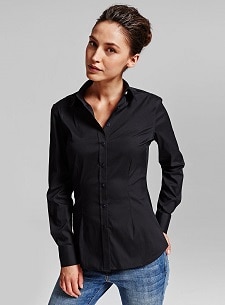 If you’re normally a Brooks Brothers kind of girl as far as button-front blouses go, Thomas Pink can be a nice way to change it up — the blouses are generally more expensive, but in my experience I’ve found the fabrics to feel more luxe and the fit to be better. (Why are the Brits always better at all things concerning the bust?!?) The pictured blouse, the Sasha, is $185. Thomas Pink Sasha Shirt

« Gift Idea: 23 and Me
Sexual Harassment at Work »

« Gift Idea: 23 and Me
Sexual Harassment at Work »
Back to Top