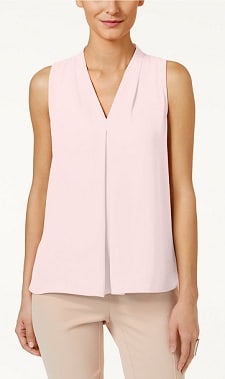 This top from Vince Camuto has 100+ reviews at Macy’s, and 92% of the reviewers would recommend it to others. It’s normally $69, but right now it’s on sale for $41-$54 and you can get an extra 30% off with promo code FRIEND. I like the wide range of colors — black, cobalt, red, white, navy, pale pink, and a black floral. I think it just looks great — and it’s machine washable. It comes in sizes XS-XL. It’s also at at Macy’s and Amazon (plus sizes too), and Nordstrom has the blouse in a shift dress form. Inverted-Pleat Blouse

2018 Update: We’re adding this top to our Workwear Hall of Fame because after years it’s still around, coming out in new colors, and getting rave reviews. At the moment Macy’s has the most options, but occasionally Amazon has the top as well. You may also be able to find it with sleeves or even as a shift dress! If you’re looking for more affordable sleeveless tops for work, check out our most recent roundup! 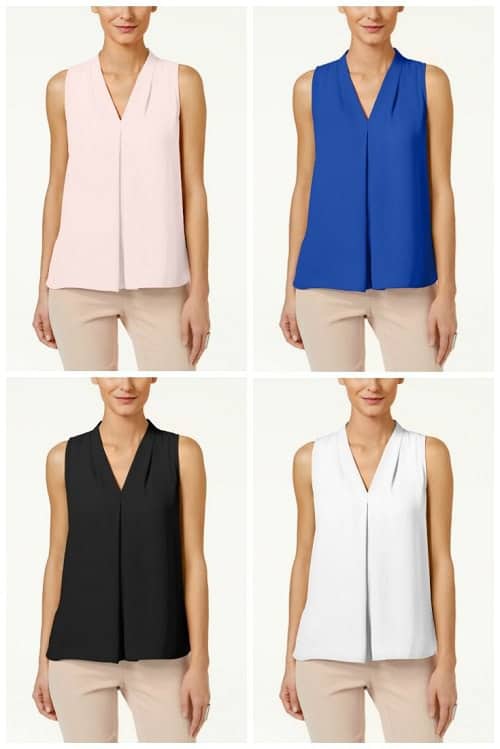 « Suit of the Week: Express
The Best Online Women’s Management Training »
Back to Top