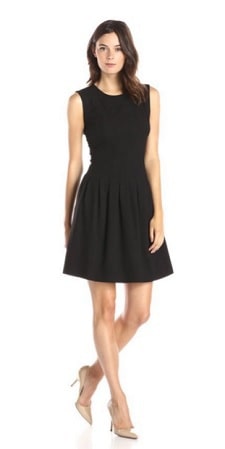 This dress looks a little on the short side, but my guess is that if you’re also on the short side, like me (5’4″), it’ll be just fiiiine. I like the flare details, the high neckline, and the fact that it’s machine washable. It’s just icing on the cake that there are a zillion sizes left in both red and black, it’s super affordable ($24-43, depending on size/and color, down from $79), and eligible for Prime (yay!). Lark & Ro Soft Pleated Fit and Flare Dress